Imagine being able to present calmly and clearly in front of a group. How would that change your life? ​ The fear of public speaking is all too common and can often halt a person’s academic and professional progress and success. Whether it be in a social, professional or academic setting, many of us are held back by this type of fear. Yet it doesn’t have to be that way. This is an issue I get really excited about helping people with. Overcoming the fear of public speaking oft
8 views0 comments
NJ Hypnotist James Malone

Giving Thanks More Than One Day a Year?

Thanksgiving is here again, the holiday officially designated to promote the practice of counting your blessings. Yet should this be limited to just once a year? Psychologist and author Dr. Robert Emmons has looked extensively into the benefits of cultivating an intentional and regular practice of noticing things you can be appreciative of. He has found that the "attitude of gratitude" reduces stress, improves personal functioning and can even enhance weight loss efforts. Why
1 view0 comments

Stress and Resistance to Change-You are not a dummy!

In my private and small group consultations a point frequently emphasized is that the subconscious mind persists with habit patterns whether they are good bad or neutral. It is in it's very nature to resist change and to equate staying the same as staying safe. Why is this so? People will often state they feel like dummy for persisting in behaviors they "know" are unhealthy and self-defeating. Yet it is almost never an intellectual shortcoming that keeps someone in an unprodu
3 views0 comments 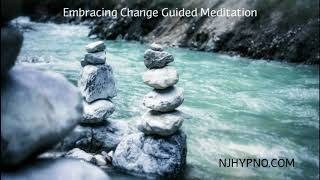 I posted a guided meditation video that is designed to help you think and feel differently about the inevitable changes that life brings us. #stressanxietyhelpnj #hypnotistJamesMalonePointPleasantNJ
0 views0 comments
NJ Hypnotist James Malone

How could studying the grey matter of cab drivers thousands of miles away help you to better manage your stress levels? Due to what is known as neuro-plasticity, the answer is quite a lot. The process of becoming a licensed London taxi driver is notoriously difficult due to the layout of that city. Unlike major metropolitan centers such as New York or Philadelphia, whose streets are for the most part arranged in an orderly grid system, London has retained a medieval floorplan
1 view0 comments
bottom of page